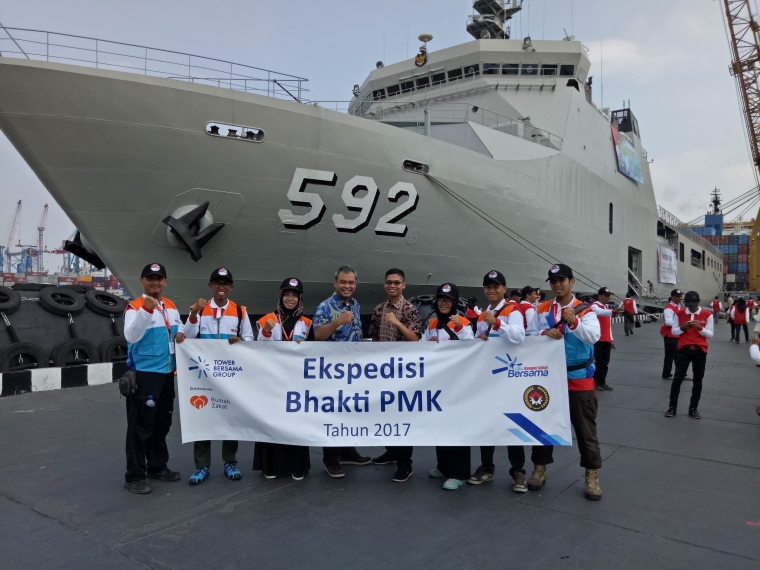 TBIG’s participaton in this fifth year will reach the eastern regions of Indonesia and will last for 34 days, from October 6th to November 8th, 2017.

To support this activity, TBIG dispatched a fleet of TBIG Mobile Clinic (“Monik TBIG”) equipped with medical team, medicines, supplementary foods for toddlers and medical equipment to participate in a 34-day expedition from October 6th to November 8th, 2017. This participation is part of TBIG’s CSR initiative in health activity.

TBIG Chief of Business Support, Lie Si An said that the company is targeting 1,000 beneficiaries in the three areas visited. “We will be present at Muna, Tual and Merauke” he explained. This activity also involves TBIG employees in regional offices of Sulawesi, Maluku and Papua that will send PICs to point of services of Bhakti PMK 2017.

Meanwhile, on a separate occasion, TBIG President Director, Herman Setya Budi explained that the company’s participation on the program has become a regular agenda for corporate CSR. “TBIG has not been absent from supporting Bhakti PMK program for the past five years,” he said.