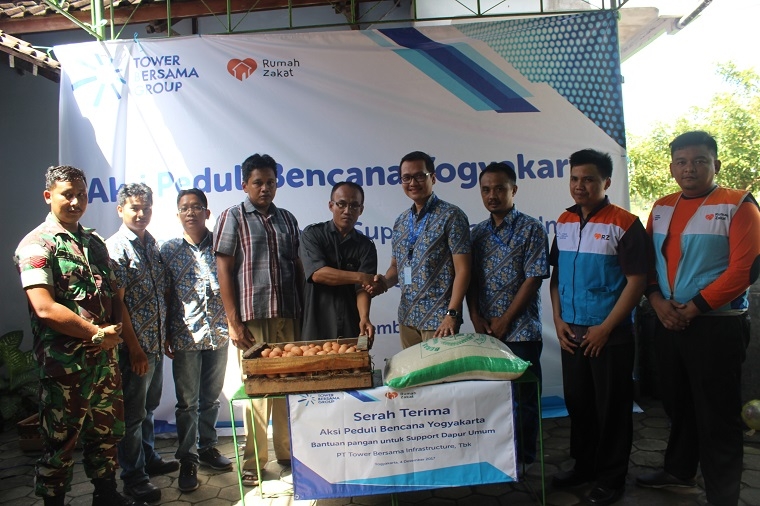 Monik TBIG was deployed to provide food and healthcare for two days for the residents of Sungapan Lor, Wahyuharjo Village, Kulon Progo Regency which was badly affected by cempaka cyclone

Doddy Adianto said that his side keeps monitoring the condition of the people in some areas in Java who are affected by the disaster. “We are part of this region and of course share the same experience with the people here,” he explained after delivering the aid.

Meanwhile, in a separate place, TBIG Chief of Business Support Officer, Lie Si An confirmed that assistance to disaster victims due to weather anomaly will be a priority for company’s CSR in the field of health. “This month we will be focusing on the impact of the disaster. We will send aid to some areas other than Yogyakarta.” He added that similar assistance will also be offered to the refugees in Pacitan, East Java.

President Director of PT Tower Bersama Infrastructure Tbk, Herman Setya Budi explained that assistance to victims of natural disasters is a routine CSR activity undertaken by the company as well as a manifestation of corporate concerns towards humanity. “We are indeed preparing volunteers who can be mobilized to the disaster area to provide the assistance needed by the community in the disaster area,” Herman explained.

Natural disasters inflicted over the past few days have occurred in various parts in Indonesia, especially on the island. This event is due to some parties caused by weather anomalies caused by cempaka cyclone that hit the waters of Java.