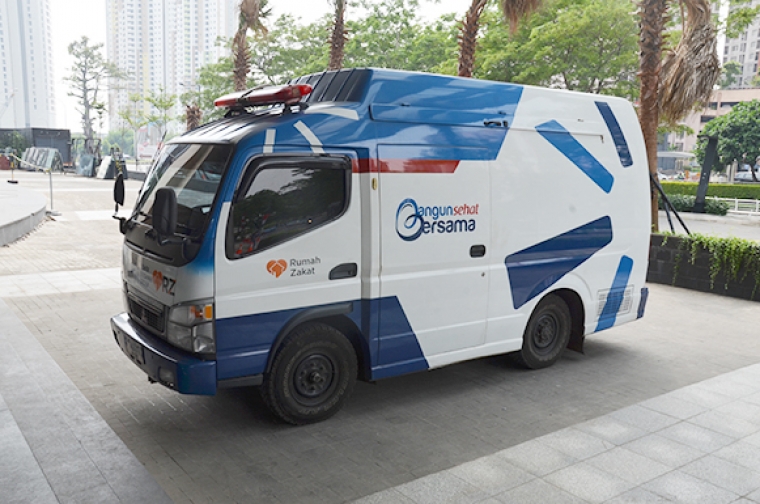 Monik TBIG is alerted in locations adjacent to refugee shelters and will bring experienced doctors and medical teams to provide medical services, free medication, supplementary feeding for infants and trauma healing for children.

Jakarta, 26 September 2017 - To anticipate various possibilities related to the increased volcanic activity of Mount Agung in Bali, PT Tower Bersama Infrastructure Tbk ("TBIG") on Monday 25 September 2017, has dispatched a fleet of TBIG Mobile Clinic ("Monik TBIG") based in Kediri to province of Bali.

Regional Manager Balinusra, Kusbadi said that Monik TBIG will be alerted at locations adjacent to refugee shelters. "The information I received was there are 34,941 people displaced in 238 shelters in 7 districts. The highest points are in Klungkung and Karang Asem with 101 points and 81 points," Kusbadi explained.

Chief of Business Support Lie Si An, explained that Monik TBIG will bring doctors and medical teams who are experienced and trained in dealing with extraordinary events in Indonesia. "We have sent similar teams to various disaster sites such as Pidie earthquake, floods in Bima, Bandung, Banten and landslides in Garut also several other disaster locations," he explained. Lie Si An added that the assistance provided in the form of medical services, medicines, supplementary food and trauma healing services for children affected by the disaster.

Meanwhile, TBIG President Director Herman Setya Budi expressed the company’s concern for the current situation in Bali. "We also pray for the safety of people there, especially those who live in the area near to Mount Agung. Our mobile clinic is able to quickly provide assistance to the people when needed, "he explained.